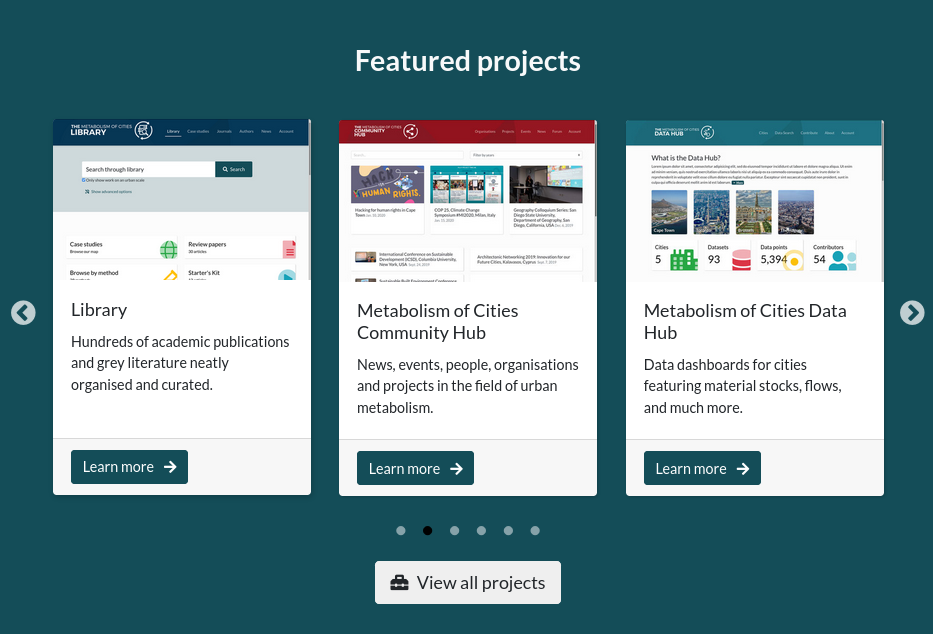 What is now Metabolism of Cities started out as an academic side-project in 2014, initially named MFA Tools. The initial goal of the website was to catalogue relevant Material Flow Analysis (MFA) literature, and to build a community around this open source platform. In 2015, a new version of the site goes up under the name of Metabolism of Cities, due to the fact that the first collaborators all had urban-scale material flow interests. Over the years, people from various backgrounds and locations joined in, and the website continued its expansion.

After a first dedicated meetup in 2018, most people in the team (now seven strong) came together to discuss how to improve and grow the website. A new version of the site was launched later that year, with an ever-growing collection of sections with centralised information, collected as well as in-house created multimedia and now also a dedicated section for curated data. This focus on urban metabolism data, through a project named MultipliCity, was a core pillar of the new website, and a prototype system was set up to find out how to best set up city data dashboards.

After almost two years of experimenting, Metabolism of Cities is now launching an entirely new version of its website. Now in its fourth edition, the website deviates quite strongly from previous iterations. Some of the key aspects include:

Within the new website, there is a strong focus on the various projects that Metabolism of Cities has engaged in or is actively working on. Each project either has its own website (the aforementioned "sub-sites"), or it has a project page on the main website. Visitors are encouraged to check out the project list to see all projects, and to visit the various new project websites:

Together with our colleagues who run sibling website Metabolism of Islands, Metabolism of Cities is looking forward to putting the new system to use and trying out the many new tools and features that have been and continue to be built.

A warm thanks to all those people who have worked long and hard to make this new system a reality, and who continue to make Metabolism of Cities a friendly, encouraging, and inspiring digital home for many.