Reflections on Urban Metabolism In Policy And Practice: Cape Town 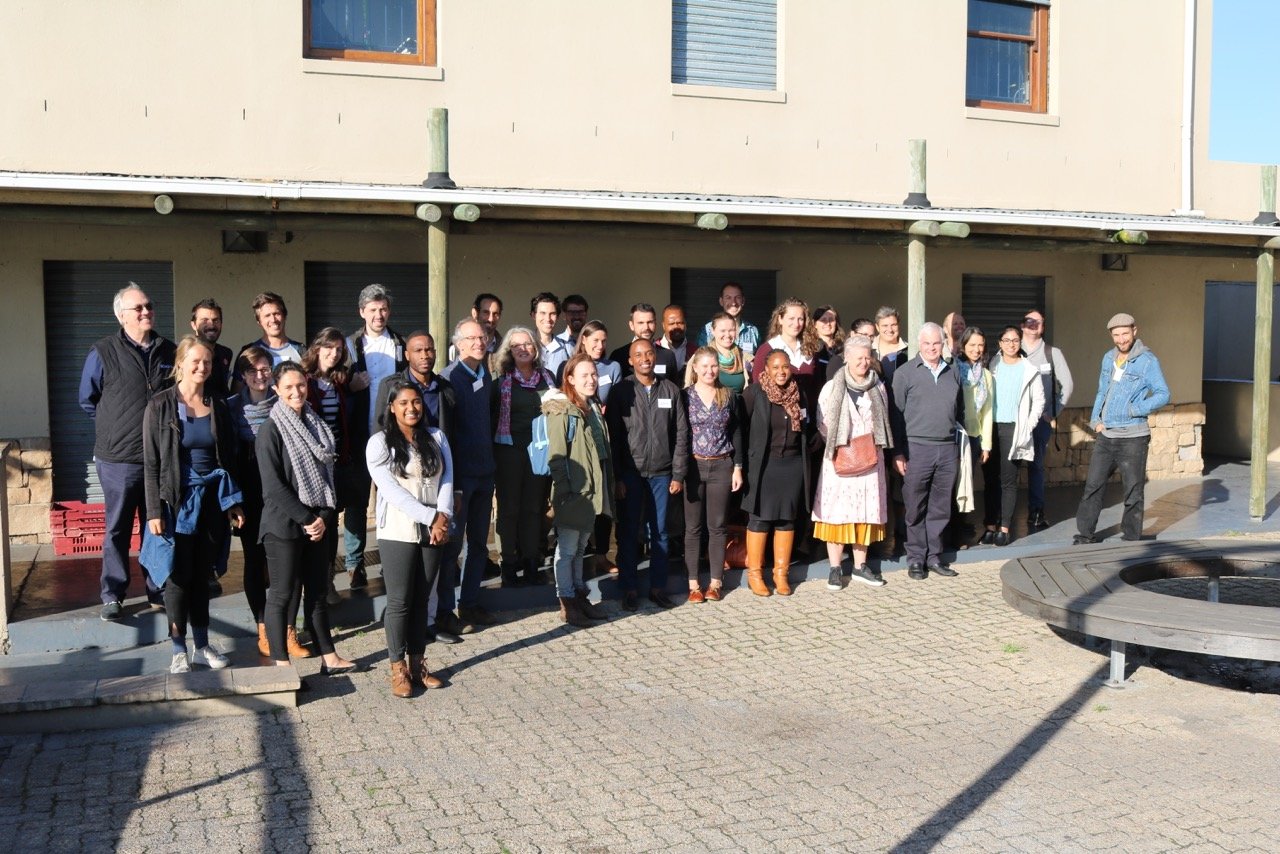 Reflections on Urban Metabolism In Policy And Practice: Cape Town

Last week, the first of three seminars on urban metabolism in policy and practice took place in Cape Town. This seminar series, funded by the Urban Studies Foundation, brings together policy makers, academics, urban planners, designers, and practitioners to discuss the opportunities and challenges of using urban metabolism to monitor policy or to influence decision making. The seminar series is organised by Metabolism of Cities, with each event being co-organised by a number of local partners.

In Cape Town, Metabolism of Cities partnered with the University of Cape Town, GreenCape, and ICLEI to make this event possible. After more than half a year of preparations, this first event kicked off the seminar series with a great start. Over 50 people attended the seminar, including city officials from a variety of different departments, academics, architects, social scientists, and participants from NGOs. The goal of the event was to start a discussion on how urban metabolism principles can be used in Cape Town, and progress was made towards this goal.

Urban metabolism started as an academic school of thought, and while a large number of studies have been understaken to better understand urban sustainability from an academic lens, this discipline has been unable to gain traction at a practical or policy level. There are various reasons for this - methodologies can be complicated and engaging in case studies is a time-consuming effort. Furthermore, it is difficult to translate the outcome of studies into tangible policy recommendations. However, the idea of using systems thinking - of looking at all resource flows across the entire city instead of focusing singularly on one resource - has great potential. It allows for better understanding of the relationship between sectors and resources, and it can provide a common language that different stakeholders can use.

During this first event, a strong emphasis was put on getting a common understanding of how urban metabolism practices can be applied, and what different actors may mean with this concept, in order to ensure everybody would be on the same page when listening to presentations or when discussing with the speakers. For many people in the audience, the concept of urban metabolism was relatively new and a number of city officials, who were specifically invited to learn more about this field, listened with interest.

After going over the basics, with introductory presentations from Aristide Athanassiadis (Université Libre de Bruxelles / Metabolism of Cities) on the seminar series itself and Paul Hoekman (Metabolism of Cities) on urban metabolism, professor Harro von Blottnitz (University of Cape Town) chaired the morning block that delved into two case studies that look into interventions at scale in the City of Cape Town. Michael Toll (City of Cape Town) presented on the city's new biosolids beneficiation projects, and Stephen Davis (C40 / City of Cape Town) presented Cape Town’s pathway to net zero greenhouse gas emissions. This block was followed by a Q&A session, which led to interesting discussions with the audience.

After the lunch, during which attendees had time to get to know each other (which was also an important goal of this seminar), and to enjoy the views (the event took place within a nature reserve), two separate blocks chaired by Lauren Basson (GreenCape) followed. The first block was related to use of data in urban metabolism work. Paul Hoekman presented Metabolism of Cities' latest data project: MultipliCity, and how this data dashboard can help cities by centralising data on urban metabolism. Christina Culwick (Gauteng City Region Observatory) shared the complexities of a resource flow analysis in the Gauteng City-Region. The last presentation block related to urban metabolism and inequality. It featured Paul Currie (ICLEI Africa) presenting on the different metabolisms across one city. Jack Radmore (GreenCape) presented alternative and appropriate infrastructure options implemented in low-income areas in Cape Town.

The formal programme was finished with a World Cafe, led by Paul Currie, during which participants were asked to gather around specific topics and brainstorm about certain questions. This led to a waterfall of ideas and brought the event to a productive close.

After the formalities, the day ended with a bird watching tour led by Nicholas Fordyce (GreenCape), who took the group around the wastewater treatment works where no less than 37 different bird species were observed.

Lauren from @thegreencape welcomed everyone to the first of our seminar series on #urbanmetabolism in @CityofCT. We are thrilled with the turnout and excited for the day! pic.twitter.com/GJYBGLN9e6

Intro from @citymetabolism’s @arisatha describe ‘urban metabolism’ as the study of flows & actors in a city from a systems perspective - potentially a new starting point for understanding cities.

Why? Because you can’t manage what you don’t measure. pic.twitter.com/lInzTtJUGe

Stephen Davis from @c40cities shows how @CityofCT can achieve #carbonneutrality with #focussedacceleration (@McKinsey.) We need #stakeholdersupport #partnerships and to tackle #inequality.
Everybody is affected, because we are all connected. 🌍❤ #oneworld #onelove pic.twitter.com/mzMxZPbzzQ

Thanks to @USForg who funded the event, Paul is able to demonstrate #MultipliCity, an #opensource and #openaccess platform for #urbanmetabolism #data. Find more info and add your data at https://t.co/1yCoHgEPs0 pic.twitter.com/EuevHpilVC

The @GCR_Observatory collected data over several years (!) to do an EW-MFA. @christinafatti explains that they had unexpected issues that influenced data collection: #collusion, #corruption, #broken #weighbridges at #landfills. #bottomup data and #politicalecology are needed pic.twitter.com/vKP716npjx