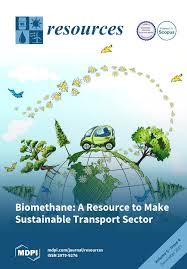 This article presents the accounts of China’s Total Material Requirement (TMR) during 1995–2008, which were compiled under the guidelines of Eurostat (2009) and with the Hidden Flow (HF) coefficients developed by the Wuppertal Institute. Subsequently, comparisons with previous studies are conducted. Using decomposition, we finally examine the influential factors that have changed the TMR of China. The main findings are the following: (1) During 1995–2008 China’s TMR increased from 32.7 Gt to 57.0 Gt. Domestic extraction dominated China’s TMR, but a continuous decrease of its shares can be observed. In terms of material types, excavation constituted the biggest component of China’s TMR, and a shift from biomass to metallic minerals is apparent; (2) Compared with two previous studies on China’s TMR, the amounts of TMR in this study are similar to the others, whereas the amounts of the used part of TMR (Direct Material Input, DMI) are quite different as a result of following different guidelines; (3) Compared with developed countries, China’s TMR per capita was much lower, but a continuous increase of this indicator can be observed; (4) Factors of Affluence (A) and Material Intensity (T), respectively, contributed the most to the increase and decrease of TMR, but the overall decrease effect is limited.