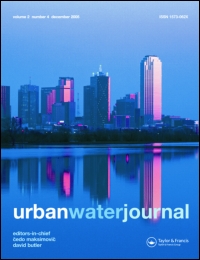 Networks for water and wastewater transport represent large capital assets and material stocks within cities. A better understanding of how their material content changes with population and size of the city may help to design networks with lower resource demand and lower construction and maintenance costs. We estimated the total length and mass for the wastewater networks of 25 cities in five different countries using a fractal network model that only requires the cities' size and population as input data. We found that most of the network mass is concentrated in the main trunk lines. The model results showed efficiency of scale: For a catchment area of constant size, both network length and mass per capita would decline if population grew. However, if the population of a city grew while the population density remained constant or decreased (urban sprawl), the per-capita network mass would increase.