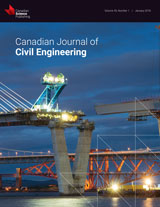 An urban metabolism analysis is a means of quantifying the overall fluxes of energy, water, material, and wastes into and out of an urban region. Analysis of urban metabolism can provide important information about energy efficiency, material cycling, waste management, and infrastructure in urban systems. This paper presents the first urban metabolism of a Canadian urban region, and possibly the first for a North American city. It also makes a first attempt at comparing the urban metabolisms of a few cities worldwide. The most noticeable feature of the Greater Toronto Area metabolism is that inputs have generally increased at higher rates than outputs over the study years (1987 and 1999). The inputs of water and electricity have increased marginally less than the rate of population growth (25.6%), and estimated inputs for food and gasoline have increased by marginally greater percentages than the population. With the exception of CO2 emissions, the measured output parameters are growing slower than the population; residential solid wastes and wastewater loadings have actually decreased in absolute terms over the 12 year period from 1987 to 1999.Key words: urban metabolism, urban sustainability, Canadian cities, materials, food, water and energy consumption, waste outputs.