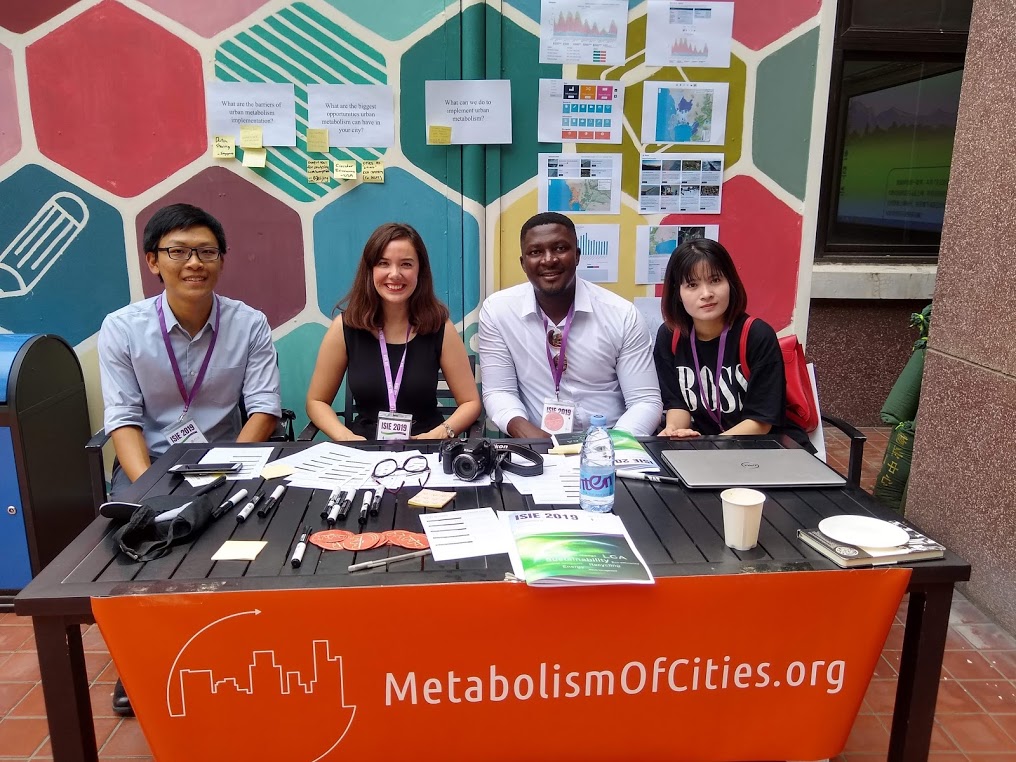 Early July, the 10th edition of the conference of the International Society for Industrial Ecology took place in Beijing, China. This conference is one of the most relevant academic gatherings for Metabolism of Cities, and the team has been present in various previous meetings, ever since the 2015 conference that took place in Surrey, England.

Two years ago, in Chicago, USA, Metabolism of Cities presented the Global Urban Metabolism Database. This year, the team - represented by Dr. Gabriela Fernandez, Rupert Meyers, and Paul Hoekman - introduced a variety of new projects and tools to the industrial ecology community. However, one of the latest projects stood out: MultipliCity. This project has been in development for over a year, and the system was now ready to be presented to a wider academic audience.

During the conference, two presentations were given on MultipliCity. Paul Hoekman presented the new system itself and how it can be used by academics and other parties to centralise, visualise, and present urban metabolism data. In another presentation, Rupert Meyers and Paul Hoekman presented the underlying data structure (STAFDB) which was specifically developed to store stocks and flows information and which has been put into practical use for the first time through the implementation in the MultipliCity platform. Dr. Gabriela Fernandez and Carol Maione presented two posters during the conference in a poster competition session "Exploring urban metabolism typologies: the case study of the Metropolitan City of Milan, Italy" and "SDGs VRPlay for KIDS: Children Education on Metabolism Solutions using Virtual Reality."

In addition to these presentations, Metabolism of Cities also managed a booth during the conference, where conference attendees could learn more about the ongoing projects of the organisation, and where students, lecturers, and professors could fill out a 'menu' to indicate their interest in collaborating with or contributing to Metabolism of Cities in a variety of different ways. Dr. Gabriela Fernandez, who managed the booth during the conference, also recorded a number of videos with conference attendees to discuss how they see urban metabolism. These videos are now available in our Youtube channel. If you have any information please do get involve and get in touch).