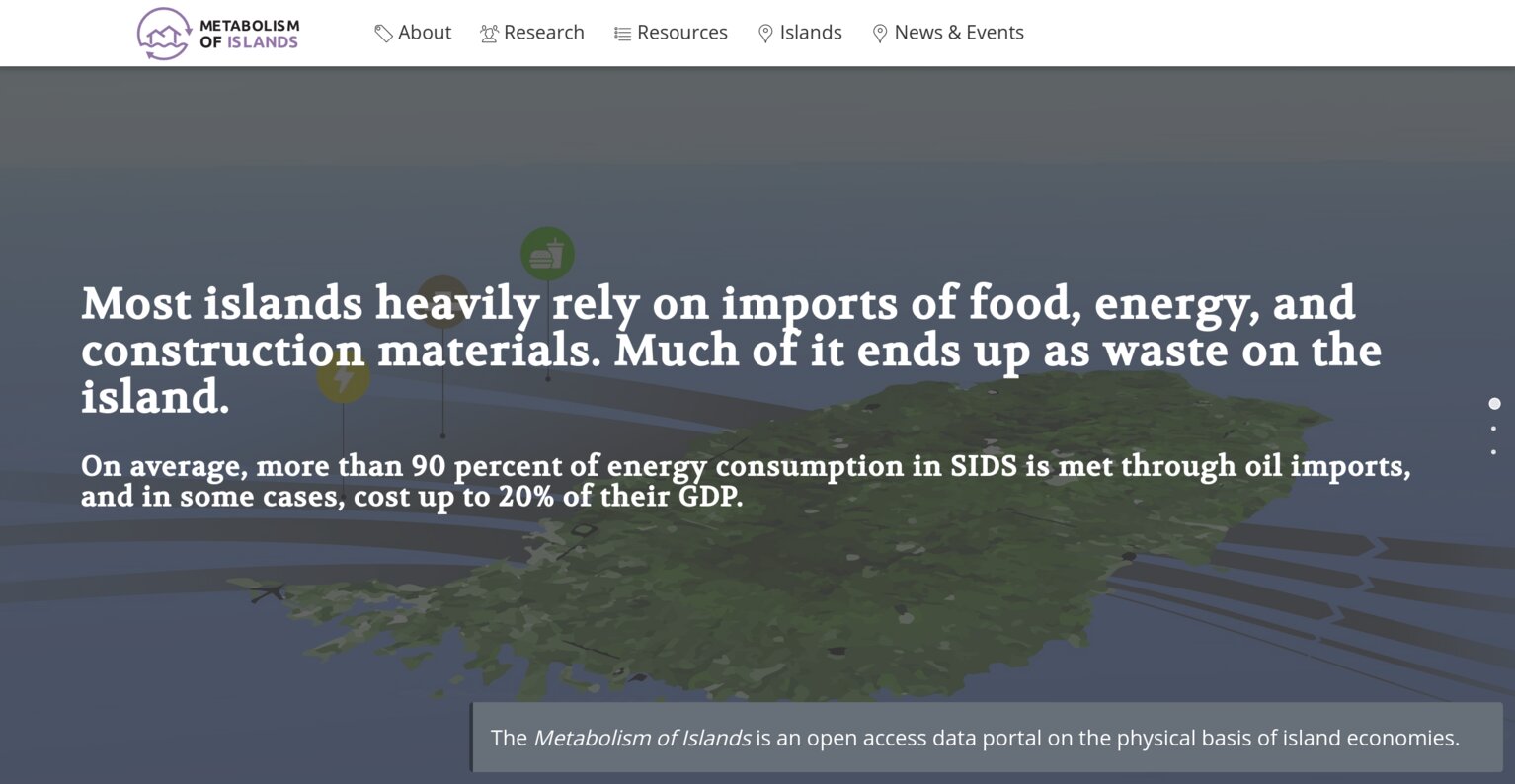 Simron Singh, co-founder of the Waterloo Industrial Ecology Group, has done extensive work on island metabolism and his research group is actively involved in research projects in a number of mostly Caribbean islands. There is significant overlap between island metabolism and urban metabolism. Not only are underlying tools and methodologies often the same, but in some cases the same systems are being studied (for instance, Hong Kong is both an island and a city, and thus features in both disciplines).

The Metabolism of Cities website is an open source intiative, with all source code licensed under a CC BY-SA 4.0 license. This made it possible to adjust the website's code and develop a sibling website that uses much of the same code, but that is tailored to a different audience. Over the past months, the following adjustments have been made to accommodate this change:

Metabolism of Cities would like to thank and congratulate the Metabolism of Islands team on their achievement, and on launching this first sibling website of Metabolism of Cities. The first data portals for Grenada, Jamaica, Trinket Island and Samothraki Island are being developed, with many more islands being lined up, and it is exciting to see how both websites can jointly continue to collaborate and expand!